Evolution of Music over the Decades

Ever since the inception of human consciousness, Evolution of Music has been an integral part of our lifestyle. No matter what the genre is, people always appreciate the music that panders to their individual preferences. To some, the sound of flowing water is music, or some the songs of Bon Jovi is music; no matter what their preferences are, the music gains a chunk of their lifestyle without them realizing it.

Here, the topic of discussion is how music, its influence and genres have grown over the decades. It is clear that music has a plethora of history that has been generated over centuries, and we will be covering the evolution of music from the 20th century and further.

In the year 1920, music all over was dominated by jazz, blues and the travelling dance bands that played what was considered popular at the time.

That was the time where people were facing the aftermath of the First World War. Despite all the prohibitions and restrictions governments had placed on the common man, they were not able to control the sense of freedom one had after listening to the music. But what happened at the end of 1920s had a significant impact on the theme of the time.

In the late 1920s and impacting all over 1930s, the great depression had crippled economies around the world. This was the time when traditional pop came into the picture along with swing music.

These genres of music held an upbeat texture helping people cope up with the hardships they faced during the time. Meanwhile, genres like blues and country reflected the present scenario of the time.

Evolution of Music in 1940s

The 1940s was another decade that faced the brunt of the fire ignited by the Second World War. But things were different this time as despite the majority of the world was busy with the war, many artists and groups placed their efforts into entertaining troops that were serving during the wartime. Jazz, Big band and swing at the time were reflecting what people were facing at the time, but at the same time, they were also motivating people to keep their hope up.

During the 1950s the music had a clear reflection of the beginnings of significant social changes in the world. This was a game-changing decade for music all over the world as with the arrival of legendary artists like Elvis Presley and Chuck Berry and emergence of Rock ‘n’ Roll became a rage among the music lovers all over the world.

Evolution of Music in 1960s

1960s were not very different from 50s, but the music then struggled between the commercialism and revolutionaries, with the arrival of some of the biggest names in the history of music such as The Beatles, The Rolling Stones, The Beach Boys, and James Brown etc. Rock music also got its due with the emergence of multiple sub-genres like Psychedelic Rock, Blues-Rock, Progressive Rock etc.

Disco music became a rage during the 1970s with some of the biggest names in the history of music moulding their songs as per the trend to stay relevant.

Disco, becoming one of the biggest trends in Evolution of Music during the decade, was also the most despised. Artists like Elton John, Marvin Gaye and the band Queen etc. came to the scene with their music being hugely influenced by the disco trend.

Evolution of Music in 1980s

The 1980s marked the arrival of Music Television, popularly known as MTV. This led to more song videos being recorded by the artists and bands in order to gain maximum popularity and staying relevant.

Michael Jackson emerged as one of the most famous artists of the decade and was aided by his creative music videos and skilled dancing, with his Thriller album and video setting pop music standards. This decade also marked the mainstream acceptance of Hip-hop as a legit music genre.

During the 1990s there were a plethora of under-produced songs which gained as much success as the studio produced songs. The decade was dominated by singers with powerful voices like Mariah Carey, Celine Dion, and Whitney Houston topping the charts all over.

However, this decade also marked the death of many artists due to drug overdose and murders of popular artists like 2Pac.

With the arrival of the 21st century, music took a massive detour from its traditional approach with the appearance of several artists from all over the world, contributing new forms and genres of music. Some of the approaches were carried forward from the 1990s, but the emergence of artists with a fresh approach made a lot of difference for the audience consuming the music.

Artists like Britney Spears and Eminem stole the show with their exceptional talents with Eminem winning the first-ever Oscar for the best song for a rap song.

With so many genres of music prevailing, people also realized the potential of the Internet to portray their musical talents. Platforms like YouTube allowed these individuals to get discovered by studios and that again led to the rise of a new category called Internet artists.

Even today, some of these artists perform exclusively on YouTube and are quite successful at it.

Over the years, the way of listening to music has changed too. From Phonograph to BoomBox to Bluetooth speakers, feel of listening to music has been the same despite the modes changing. Tagg salutes all the artists who contributed to bringing the music to the current scenario where we can proudly say that we are contributing towards making better, faster and more musical lifestyle.

The journey of music has been an exceptional one. It has faced many ups and downs, but despite this music has gained influences from all over the world and has evolved far more than what was expected.

Different people listen to different genres of music. They can quickly identify its impact on their lives, and no matter what happens, the Evolution of Music will always be one of the most important driving forces of humanity. 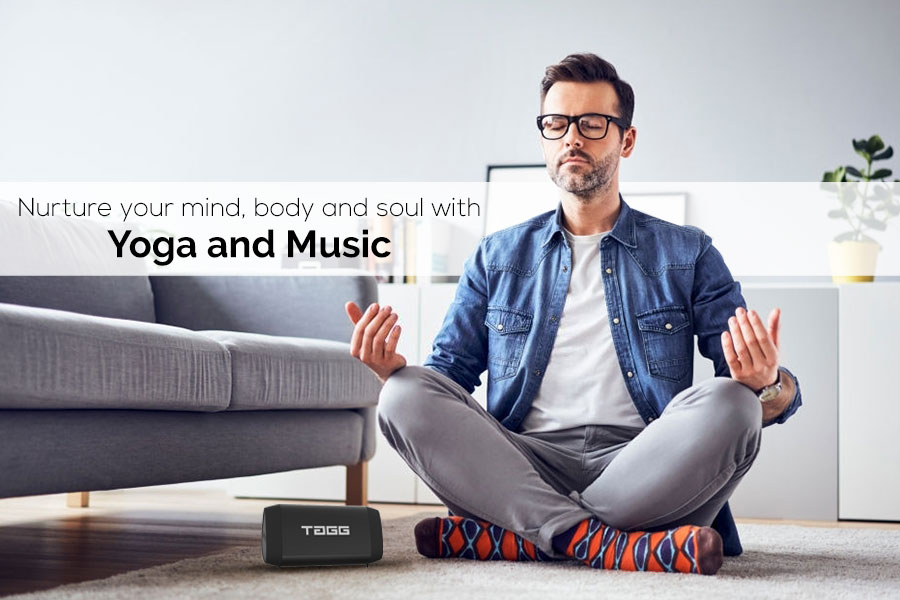 Nurture your mind, body and soul with Yoga and Music

“Yoga is the journey of the self, through the self, to the self.’Yoga is known to have numerou... 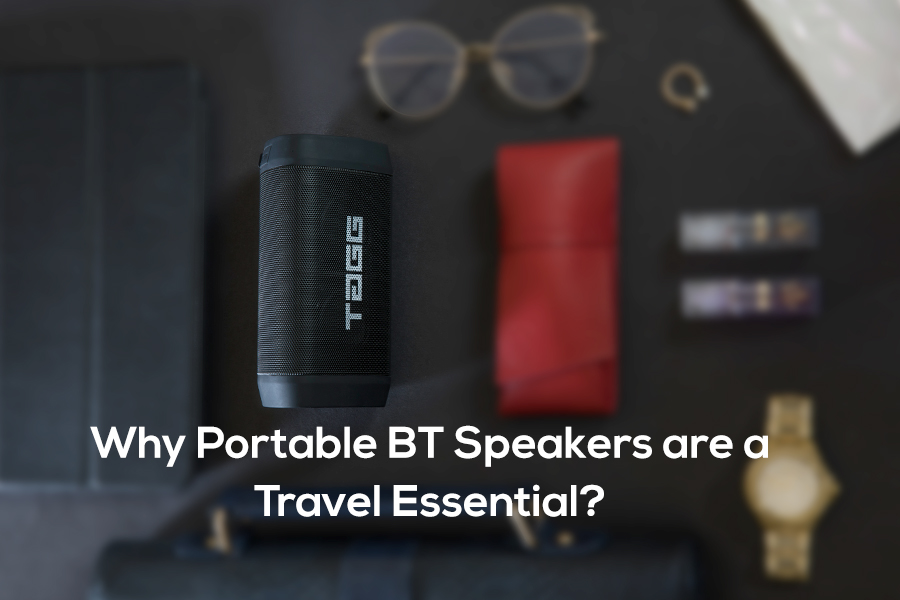 Why Portable BT Speakers are a Travel Essential?

‘A nomad I will remain for life, in love with distant and uncharted places.’It is a common bel... 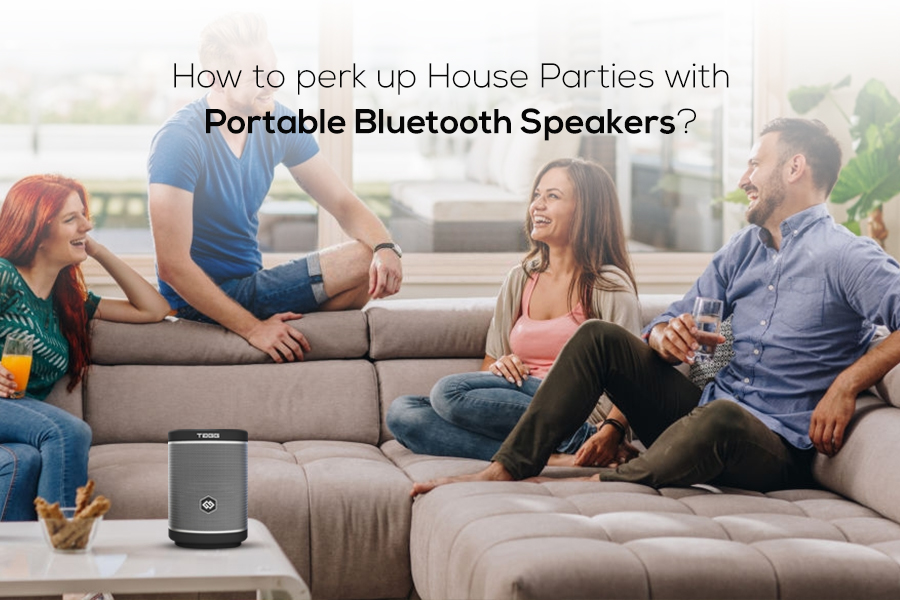 How to perk up House Parties with Portable Bluetooth Speakers?

Everyone would like to have a good weekend after slogging for the entire week! A house party i...